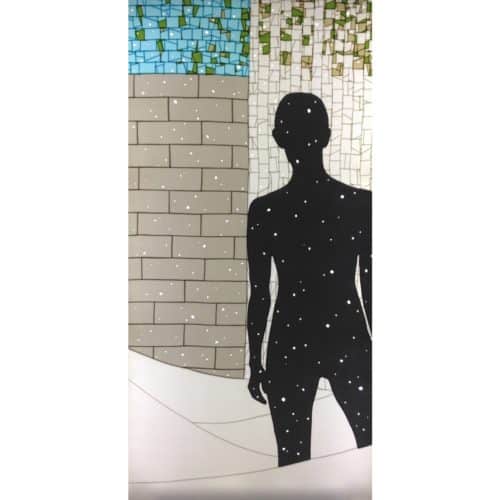 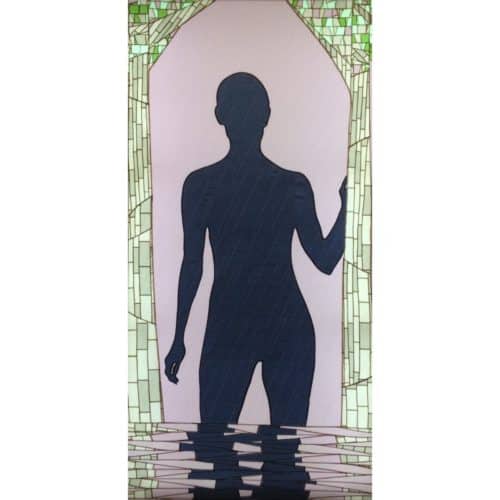 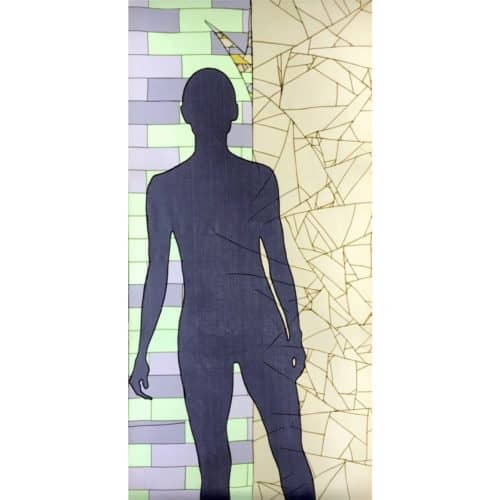 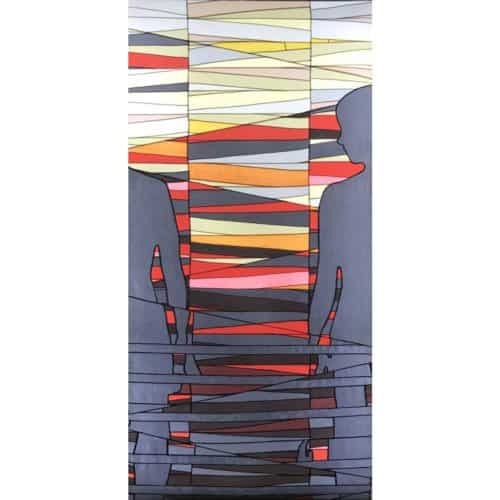 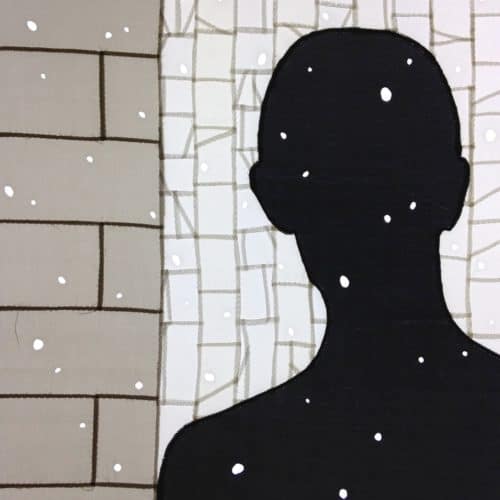 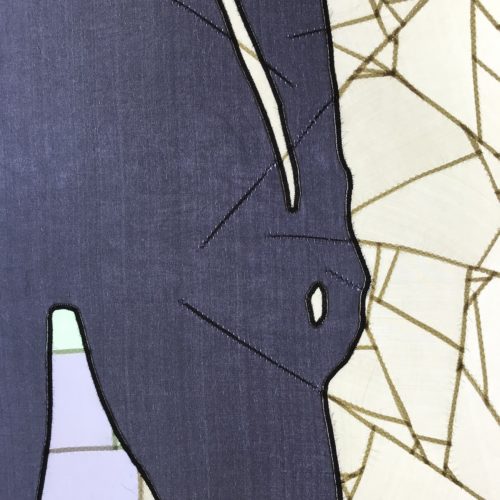 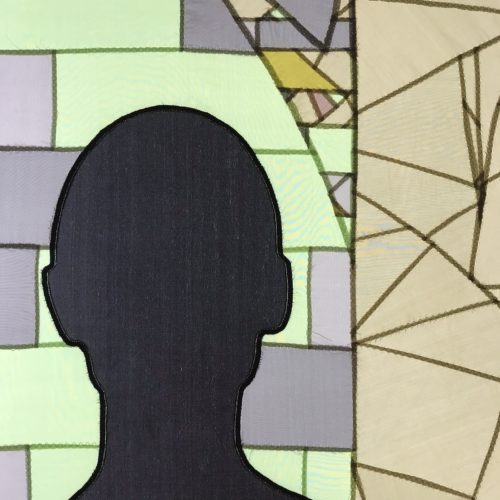 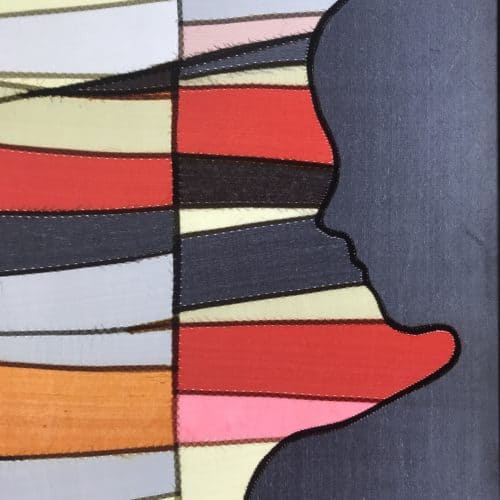 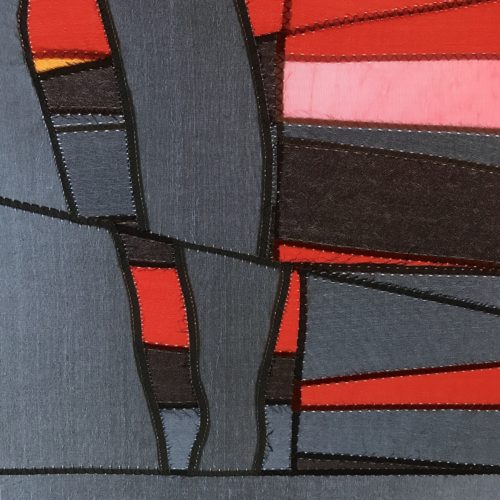 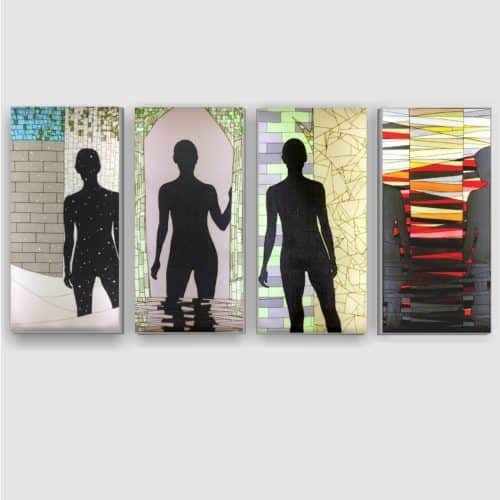 These works are informed by Jasper Johns’ The Seasons paintings (1986).

The “Observer Series” reflects the impact on our psyche from today’s environmental climate. The shadow figure is both self portrait and symbolic of humanity entire, navigating extreme weather and spiritual disquiet. Physical affectation of its body through hole, stitch, scar, and misalignment express resolve, restlessness, desperation, and paralyzing overwhelm. The series aims to capture our will to endure alongside inescapable harm to ourselves, whether we act as observers or saviors.

By working with fabric, I am able to describe indelible impacts through mere cut and stitch. By utilizing silk, opulent and revered, I deepen the wound. Each figure sustains an alteration to its form. Each season presents a new means for injury.

The shadow figure is significant in its sheerness, its darkness without substance, a transparent confirmation of form. An object resulting from the sun’s light, it is also a consequence of the obstruction, a signpost of physical presence, its outline dependent on the combination of body and radiance, without which it cannot exist.

Yet in these works the shadow is illuminated from within, from the other side of the fabric, the other side of its form. Here, light emanates within the scene, causing a fullness of color within the frame, revealing lines of interconnection and structural attachment. Light still functions as source, but is present internally, inherently.

Available for exhibition. Review #observerseries_janrcarson on Instagram for additional photos.

Return to my portfolio.